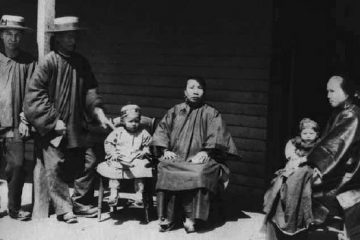 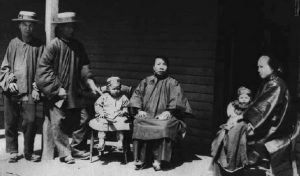 Orange County’s largest “China Town” was established in the early 1870s near the center of the vineyard colony of Anaheim. From the mid-1850s to the 1880s, one of every ten California residents was Chinese. When Anaheim incorporated in 1876, about a sixth of the city’s population was Chinese. And by 1890, 75% of California’s agricultural workforce was Chinese.

“Many Chinese engaged in truck farming northeast of Anaheim and their vegetable wagons were a familiar sight,” wrote Anaheim historian Leo Friis. “Actually, Anaheim was a good place for Chinese to live. Its citizens never carried to extremes the prejudice found in many other towns.”

Anaheim’s Chinatown is depicted on 1907 and 1911 Sanborn maps near the center of the original colony, just west of the modern intersection of Anaheim Blvd. and Lincoln Ave. In 1924, this small community was demolished, ostensibly for health concerns, and the last building was torn down in 1940.

Our speaker, Ivan H. Strudwick, was born and raised in southern California. He attended California State University, Long Beach, where he obtained both his bachelor and master’s degrees in anthropology, specializing in archaeology. During a professional archaeological career spanning four decades, Mr. Strudwick conducted and managed all phases of archaeological and historic projects, including survey and excavation, laboratory analysis, research, and report writing conducted in more than twenty California counties and on three of California’s Channel Islands. Mr. Strudwick was the field director and primary report author for the first cultural resource management project ever awarded for San Clemente Island. He has also worked as Native American coordinator for large multi-year projects and has numerous professional publications. For the past twenty five years, Mr. Strudwick has been employed as a professional archaeologist at LSA in Irvine.

At OCHS’ February meeting, Strudwick will discuss Anaheim’s Chinatown and some of the artifacts that were found when this historic area was recently graded for development.

This month we will kick off our Centennial Celebration with a look back at the history of the Orange County Historical Society. Historian and OCHS Board Member, Ellen Bell will take us back to our founding year of year of 1919. We’ll revisit the time and place and learn about a young county that was just starting to understand the importance of preserving its own history.

Back then, there were no Special Collections Libraries, or Oral History Archives or History Rooms. The county was young, but early pioneers were aging. In April of 1919, Terry Stephenson, editor of The Santa Ana Register began a weekly “Old Hunter Series,” where he shared tales of old pioneers of the Santa Ana Mountains. The articles inspired Santa Ana attorney Samuel M. Davis who called a meeting to “discuss the creation of a local preservation society.”On May 28th, 1919, the Orange County Historical Society was born. The rest, as they say, is history.

Come join us as we travel the 100-year timeline and mark the many “firsts’ of our society. Don’t miss the kick-off evening of this year-long party as we celebrate the rich heritage of the Orange County Historical Society, and a legacy of preservation that continues today!